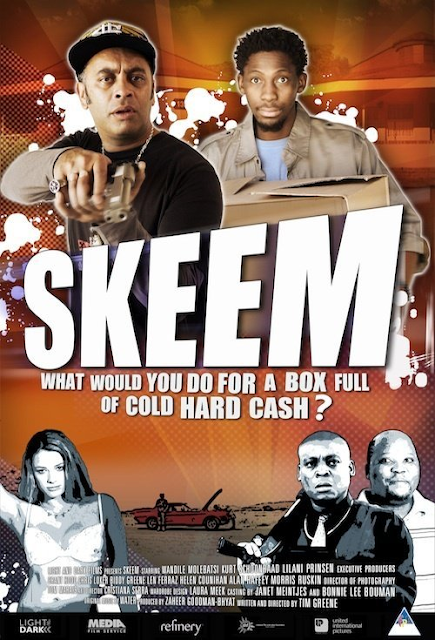 Yesterday I went to the Avant Premiere of Skeem, a South African Independent comedy movie directed by Tim Greene.

Halfway home from a drug-sale in Jo’burg, two wannabe gangsters run into trouble when their car breaks down in the middle of nowhere. Forced to spend the night at a creepy old holiday resort, their problems escalate when, unpacking the car, their box of cash splits open, spilling a million bucks in eye-catching bundles all over the driveway. They scoop it up, head inside and slam the door, but the damage is done. Greedy eyes have spotted the cash, and in five neighboring chalets, people begin to skeem.

The movie is 100% comedy and really fun. It’s awesome because it doesn’t try to be anything else but just an entertaining showcase of real local South African people. The characters are hilarious and you find every little stereotype of the bokkie society. Besides the story line is really catchy and it flows and develops  throughout the movie smoothly and gracefully to be a great experience.
I strongly recommend you to watch it.

It will be out on cinemas on the weekend of  28 and 29 October, so don’t miss it out!!!
And don’t forget to stay till the end of the titles: you’ll see my name part of the compositing and VXF team. Well, I didn’t do big thing but at least you can see my work. -At the beginning of the movie when they introduce the characters: I basically did the animation of the image where the background flies back in an angle and the characters zoom-in as if they were 3D, and of course the titling animation. hehehe, really fun to have my name in a movie. 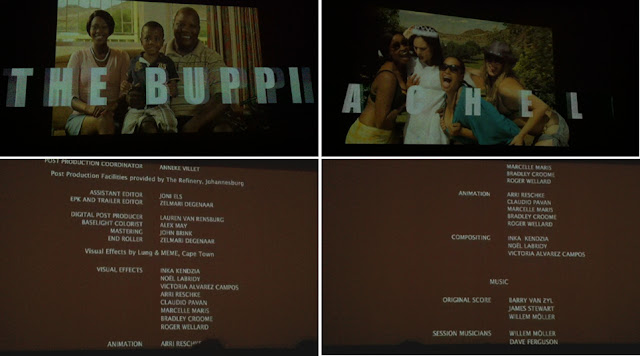